The International Court of Justice in Asia: Interpreting the Temple of Preah Vihear Case 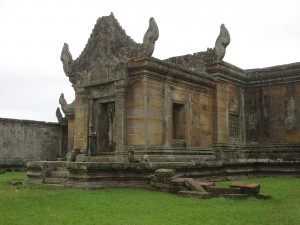 This article examines the 2013 decision by the International Court of Justice interpreting its 1962 judgment in the Temple of Preah Vihear case between Cambodia and Thailand. The more recent decision is situated in relation to the Court’s evolving role in Asia. Only eight Asian states have accepted the compulsory jurisdiction of the Court; only nine have ever appeared before it. The narrowness of the 2013 decision is of interest in part because of the modest role it ascribes to judicial institutions, but also for what this modesty heralds for the Court’s status in Asia. A key conclusion is that Asian states are likely to retain a general preference for bilateral resolution of disputes. For smaller disputes, however, especially those concerning subjects that cannot be divided or traded — such as a temple (and, as we shall see, an island) — the ICJ may play an important role.

You can read the pre-edited version here.