If ASEAN is ever going to play a meaningful role in dealing with regional crises like haze, its members need to agree to carry out their obligations — and show that they have done so. 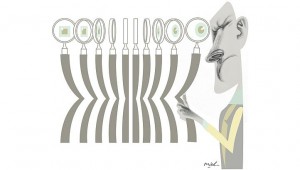 THIS FRIDAY, Singapore celebrates its 48th National Day with the traditional parade and grumbling over songs.

The day before, Singapore and the region’s Muslims will observe Hari Raya Puasa, marking the end of Ramadan.

Lost in these events – as it usually is – will be “ASEAN Day”, the anniversary of the Bangkok Declaration that created the Association of Southeast Asian Nations on 8 August 1967.

The birthday of Asia’s most important regional organisation will probably pass without a cake.

It is sometimes seen as paradoxical that Asia – the most populous and economically dynamic region on the planet – is the most lacking in formal intergovernmental structures. There is no regional framework comparable to the African Union, the Organisation of American States, or the European Union.

In part this is due to the diversity of the continent.

Indeed, the very word “Asia” derives from a term used in Ancient Greece rather than any indigenous political or historic roots.

Today, regional cohesion is complicated by the need to accommodate the great power interests of China and India.

But the limited nature of regional bodies is also consistent with a general wariness of delegating sovereignty to international organisations.

For most of its history, ASEAN reflected such wariness. Its foundational document, the Bangkok Declaration, essentially stated a few shared goals and announced an annual meeting of foreign ministers.

In the past decade, however, ASEAN has undergone a transformation in its ambitions.

No longer does it see itself as merely a periodic meeting of ministers. Today, the focus is on an integrated “ASEAN Community” by 2015.

Building on the adoption of the ASEAN Charter that entered into force in 2008, this seeks to create an Economic Community, a Political-Security Community, and a Socio-Cultural Community.

In contrast with weak groupings such as the Shanghai Cooperation Organisation and the South Asian Association for Regional Cooperation, ASEAN has positioned itself at the centre of Asian regionalism through hub and spoke arrangements with China, India, South Korea and Japan and is arguably the most important Asian international organisation in the continent’s history.

Whither the ASEAN Way?

An important tension in this transformation is the question of whether the “ASEAN way” – defined by consultation and consensus, rather than enforceable obligations – is consistent with the establishment of a community governed by law.

Directed by Professor Joseph Weiler, Associate Professor Michael Ewing-Chow, and Dr Tan Hsien-Li, this project takes seriously the ASEAN claim to desire compliance with the obligations that are the foundation of the proposed ASEAN Community.

A key question is to see whether anyone actually pays attention to compliance.

So over the past two years I worked with three research assistants (Melvelyn S. Barrozo, Janahan Thiru, and Michelle Virgiany) to study the ways in which compliance is monitored. Such monitoring may include reports by states on the steps they have taken, to evaluation by the ASEAN Secretariat, or discussion at a ministerial meeting.

There is, it turns out, quite a lot of monitoring going on within ASEAN.

But the more interesting question is the different reasons why it is happening.

As one might expect, monitoring is often done to see whether a member state has in fact complied with its obligations.

This might be strict compliance (have you achieved the goal of the obligation, for example reducing haze?) or formal implementation (have you done what you said you would do, for example introducing legislation penalising activities that cause haze?).

Tracking compliance and implementation are not the only reasons for monitoring, however.

In fact, we ended up having to develop three further categories to explain what we observed in ASEAN.

Monitoring may also be a way of fleshing out what exactly the content of an obligation is, perhaps as the basis for a future agreement with more binding force.

A fourth purpose of monitoring may be to assist in long-term implementation, for example through determining what kind of assistance would help with compliance.

A fifth purpose may be purely symbolic. Some monitoring mechanisms – such as writing reports that no one reads – may have little impact and are best understood as a way of saying an issue is important.

The survey also revealed a clear increase in the willingness of all ASEAN members to monitor obligations over time. The ten countries are also increasingly willing for that monitoring to focus on substantive compliance or implementation, rather than just producing reports to gather dust on the shelf.

The trend towards more effective monitoring is clearest in the economic sphere, but is broadly consistent with the goal of creating an ASEAN Community by 2015.

More monitoring should, in theory, lead to greater respect for and implementation of the relevant agreements.

The first is the resources available to the ASEAN Secretariat, which continue to be a fraction of what any comparable regional organisation has at its disposal. This imposes hard constraints on its ability to play a meaningful role.

Effective monitoring costs money. But the costs associated with the failure to monitor may be higher.

Secondly, the member states of ASEAN continue to be hesitant about binding obligations generally. The failure to establish meaningful monitoring mechanisms in the first decades of ASEAN was not accidental – indeed, it is clear that in some cases there was no intention to follow through on obligations at all.

That position is changing. This is due to rising comfort levels with international obligations in general and the necessity of confronting specific collective action problems in particular.

It remains to be seen whether these trends herald a more measured approach to decision-making in ASEAN – in which commitments are made only when there is an intention to be bound, rather than as part of a shared aspiration.

In the case of the ASEAN Community, such aspirations served the important purpose of setting ambitious goals to be achieved by 2015. Moving forward, monitoring progress towards those goals may yet see ASEAN move from common aspirations to effective compliance.

Now that would be a community worth taking seriously.

The writer is the Dean of the National University of Singapore Faculty of Law. His books include the forthcoming volume “From Community to Compliance? The Evolution of Monitoring Obligations in ASEAN”.

We tried to look for your email contact but it does not seem to be available on your blog. So we are contacting you via a comment.

On behalf of the National Library Board (NLB), we would like to invite you to pledge your blog to the Singapore Memory Project (SMP).

We find that your entries about current affairs especially would be a great addition to the Singapore Memory Project.

We think your blog would offer a different perspective. Whether your posts are an account of your daily life or an expression of your thoughts, our project hopes to find a home for these memories so that it can help build a ground-up understanding of Singapore.

If you believe memories are worth preserving, simply pledge your blog here.

The SMP is a national initiative started in 2011 to collect, preserve and provide access to stories, moments and memories related to Singapore. For more information about this initiative, you may wish to contact Mr Patrick Cher at patrick_cher@nlb.gov.sg or read the FAQ.

[Simulation Software & Technologies (S2T) Pte Ltd. is the officially appointed vendor for SMP for the period Nov 2012 to Dec 2013.]